Unless you’re flying first class, you probably won’t be too excited about the food you’re going to eat during your flight. We all know what gets served in economy class, and sometimes it can barely be regarded as food. From plastic hot dogs to cardboard pizzas, anything and everything goes by as edible at 11,000 feet. Even so, there are some airliners that push this line even further and serve their passengers food that is just beyond anything you could imagine. If you were planing on eating anytime soon, turn away because we’re looking at some of the worst airline food in the world. 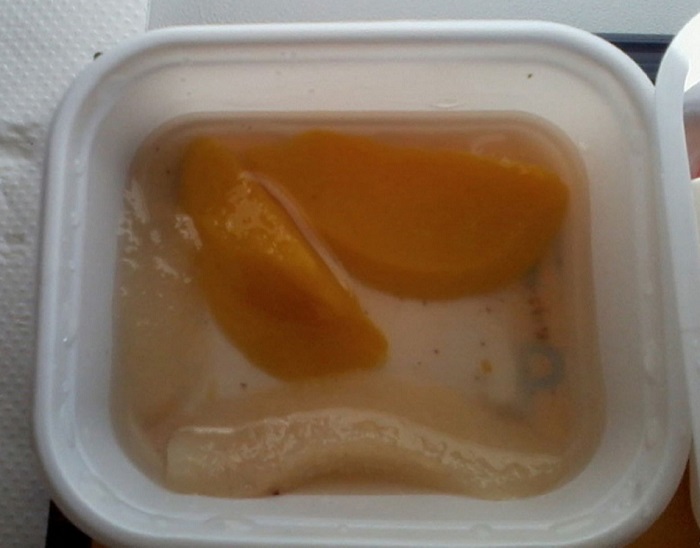 What you’re looking at here is a fruit salad. At least that’s what Ukrainian International Airlines claims it to be. This slimy lump of organic matter was a part of a meal on one of their flights. If this doesn’t kill your appetite, nothing will.